Who We Are
What We Do
Weather Anxiety
Volunteer Donate Blog
Welcome!

Crisis preparedness, training, and the provision of disaster mental health care services in the immediate aftermath of a catastrophe, either natural or man-made.

On April 19, 1995, a domestic terrorist blew up the Alfred P. Murrah Federal Building in Oklahoma City, killing 168 people and injuring almost 900 others.

At that time, Dr. John Call was both the Oklahoma City Police Department’s consulting psychologist, and a newly appointed member of the Board of Directors of the Oklahoma Department of Mental Health and Substance Abuse Services (ODMHSAS). Tom Thomson was a long time ODMHSAS employee.

Immediately after the bombing John worked with the first responders during their shift change and also with family members as they awaited news of their loved ones. As the days turned into weeks, both John and Tom helped design and manage Project Heartland, America’s first community mental health program designed specifically to provide for a community’s behavioral health needs post-terrorist event. This ODMHSAS program continued until 2001, served almost 9,000 people, and in 1998 received the Crime Victim Service Award from the United States Department of Justice.As the years went by, at the request of ODMHSAS and the Oklahoma Department of Health, John and Tom continued to work together training professionals in disaster mental health services and deploying to disasters. Both joined the Oklahoma Medical Reserve Corps. There they met Loren Stein, who, since 2007, has been the Oklahoma Medical Reserve Corps Education Coordinator. In 2009 John and Tom began the OKMRC Stress Response Team, a nationally accredited unit of the Medical Reserve Corps. (In 2015 this unit received a Certificate of Recognition from the U.S. Department of Health and Human Services for contribution during the 2015 Oklahoma tornados.) In 2012 John, Tom, and Loren organized and incorporated SRT, Inc., an Oklahoma Not-for-Profit corporation whose purpose is to fund, organize, train, and direct licensed health and mental health care professionals who wish to provide services in the immediate aftermath of disasters.

In fact, Oklahoma has more presidentially declared disasters per capita than any other state in the union. During these disasters John, Tom, and Loren deployed, and during these deployments met other outstanding licensed professionals volunteering their time and providing services. Four of these volunteers, Pamela Rollins, Jerry Duncan, Sandra Parker, and Craig Long, graciously agreed to join SRT, Inc. and pledged their combined efforts to achieve its goals.

SRT, Inc. board members receive no pay, no remuneration of any kind. 100% of our donations go to further our charitable goals of training and the provision of disaster-related behavioral health care services.

John A. Call, Ph.D., J.D., ABPP is a psychologist, an attorney, and a Diplomate in Forensic Psychology of the American Board of Professional Psychology and the American Board of Forensic Psychology. Dr. Call is also a trained emergency medical technician with a specialty in disaster pre-hospital medical care. He interned in the United States Air Force, served in the Strategic Air Command, and is a member of the Society of Air Force Psychologists. For almost 20 years, Dr. Call served as the psychological consultant for the Oklahoma City Police Department. Dr. Call has also served as a Member of the Board of Directors of the Oklahoma Department of Mental Health and Substance Abuse Services, as a member of the Blue Ribbon Task Force on Protection of Children from Violence in the Media, and as a consultant on disaster psychology to the Oklahoma Department of Health, the Oklahoma Department of Mental Health and Substance Abuse Services, the Oklahoma City County Health Department, the Oklahoma Department of Homeland Security, the Memorial Institute for Prevention of Terrorism, the Oklahoma Medical Reserve Corps, and the Terrorism and Disaster Center. He is currently the Coordinator of the Oklahoma Medical Reserve Corps Stress Response Team, and is a Director of SRT, Inc. a Not-for-Profit disaster health services organization. Dr. Call has extensive experience in researching and applying psychological principles to meet individual and community needs post disaster and has provided training on these topics locally, nationally and internationally. Recent awards presented to Dr. Call for his work in disaster services include the Distinguished Contribution by a Psychologist in the Public Interest, Oklahoma Psychological Association, 2013; Award for Exceptional Service, Oklahoma Medical Reserve Corps, 2013; Certificate of Recognition, Regional Health Administrator, U.S. Surgeon General and Region VI MRC Coordinator, 2013; Certificate of Recognition, U.S. Department of Health and Human Services, 2015; Recognition Service Award, Oklahoma Medical Reserve Corps, 2015; and Certificate of Appreciation, FEMA IA Branch Chief, 2015. 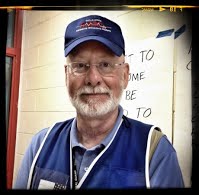 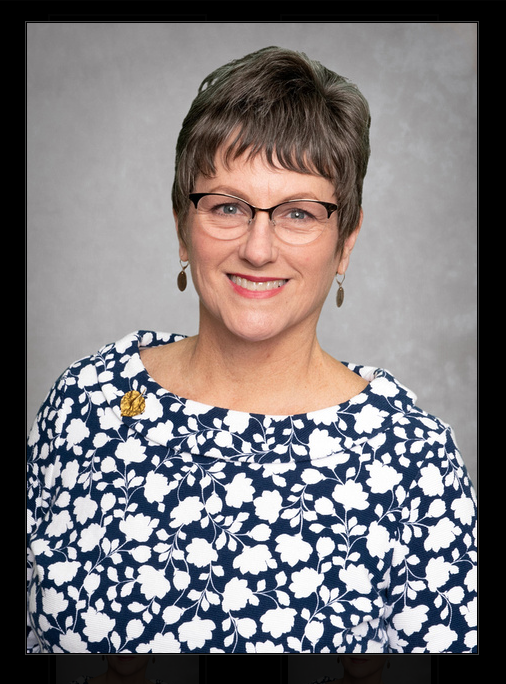 Loren Stein, MSN, RNC-NIC is a recently retired Clinical Assistant Professor for the Fran and Earl Ziegler College of Nursing and continues as an Adjunct Assistant Professor for the College of Allied Health, University of Oklahoma Health Science Center. She received her BSN from Duke University and her MSN from Marymount University. She taught undergraduate nursing and allied health students for 30 years. She served as the Clinical Skills Professional Practice Laboratory Coordinator at the College of Nursing for over a decade. She is the first author of a clinical skills textbook entitled, Concept-based Clinical Nursing Skills.

Loren Stein has provided learning opportunities to students, particularly nursing students over the past two decades. She created a Nursing Student Summer Externship in Public Health Emergency Preparedness and Response from 2015-2021. Her innovative work was recognized with awards for Community Service from Sigma Theta Tau Beta Delta Chapter in 2020, and the University of Oklahoma College of Nursing Faculty in 2018. She received the MRC Youth Engagement Award in 2018, Nurse of the Year in Public Health from the March of Dimes in 2016 and the Mentor Award from the Medical Reserve Corps national network in 2016.

President of SRT, Inc.,Thomas R. Thomson, M.Ed., LPC, CPM, received a Bachelor of Science in Psychology from Oklahoma State University, Stillwater, and a Master’s of Education in Community Counseling from the University of Oklahoma, Norman. Mr. Thomson is also a Certified Public Manager.  Tom began working in Oklahoma's public mental health system in 1983 and the Department of Mental Health and Substance Abuse Services in 1991, retiring from ODMHSAS at the end of 2021.
Duties and responsibilities within ODMHSAS included: Contract Officer; Coordinator of Domestic Violence and Sexual Assault Services; Coordinator of Housing and Homeless Services; Coordinator for Cessation Systems Initiative; and Program Manager for Disaster Planning and Response. Mr. Thomson has provided training in topics ranging from contract compliance to psychological first aid, and has extensive experience in grants application and oversight, having successfully written partial or complete applications for: the SAMHSA Mental Health Block Grant; PATH Grant; SAMHSA All Hazards Planning Grant; NACCHO Capacity Building Grant; and several FEMA Crisis Counseling Program grants.
Mr. Thomson has served on several boards and planning groups, including: 211 Oklahoma Collaborative Board (Vice Chair and Chair); Oklahoma Foreign Animal Disease Task Force; Oklahoma Catastrophic Health Emergency Task Force; NVOAD Emotional and Spiritual Care Committee; and Secretary of Health's Designee to Oklahoma Continuity of Government Task Force.  Tom currently serves as the Chair of the Oklahoma Disability Law Center's PAIMI (Protection & Advocacy for Individuals with Mental Illness) Advisory Council and Vice-Chair of the ODLC Board.  Tom also acts as a consultant for the SAMHSA Disaster Technical Assistance Center and the Office for Victims of Crime Training and Technical Assistance Center.
As a clinician, Mr. Thomson has worked with children, youths, families and adults in private practice and in agency settings, in both substance abuse and mental health services. As an administrator, he has directed residential mental health programs, written policy and procedure for a number of programs and provided program oversight, training and technical assistance for community mental health centers, substance abuse agencies, residential care providers, domestic violence agencies and housing and homeless programs as well as assisting consumer advocacy organization in application for funding. 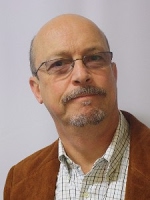 Craig Long, MHR, LPC-S, CFRC is a therapist in Norman, Oklahoma. Craig began counseling with university students while obtaining his bachelors degree in sociology from Oklahoma Baptist University. He received his Masters Degree in Human Relations and Counseling from the University of Oklahoma. Mr. Long has worked with various mental health populations including community mental health facilities, inpatient and outpatient crisis stabilization for adults and adolescents. Mobile Assessment and Emergency room/ hospital psychological evaluations. He Currently is a Therapist at Restore Behavioral Health in Norman, Oklahoma where he sees adolescent through adults including being a Certified First Responder Counselor. Mr. Long has been with the Oklahoma Medical Reserve Corps and the Stress Response Team since 2013, where he is a District team leader, assists in teaching disaster psychology, and works with school counselors helping them prepare for crisis and disaster situations. In 2015 Mr. Long received the Oklahoma Medical Reserve Corps Recognition Service Award. 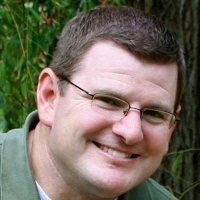 Sandra R. Parker, MS, LPC Candidate is a Therapist, CEO, and Executive Director for Your Key to Change, LLC Mental Health, Substance Abuse, and Wellness Center. Sandra is also a seasoned member of the Oklahoma Medical Reserve Corp (MRC) with a focus on providing disaster relief services to those affected by catastrophic emergencies. Ms. Parker assisted in the response to Hurricane Gustav as part of the OKMRC and to Hurricane Katrina as part of American Red Cross. Ms. Parker received a Humanitarian Award from Langston University signed by Governor Henry for her efforts and assistance with the displaced residents of Hurricane Katrina. Sandra Parker is also the Executive Director for a Transition Home and a Group Home in Boley, OK (which is her home town). A graduate of Langston University, Ms. Parker has worked in the Mental Health field since 2006. She completed her internship at St. Anthony’s in-patient facility under the direction of Dr. Holloway. Upon completion she became the Executive Director for Youth Care of Oklahoma. During her tenure as Executive Director, Ms. Parker facilitated the establishment of 5 Mental Health offices located in Oklahoma City and Edmond. She then founded Your Key to Change, LLC where she currently serves. Some notable accomplishments for Ms. Parker include her participation in disaster relief for the south side Oklahoma City flooding. Ms. Parker coordinated an effort to help victims of flooding receive medications through partnerships with public transit and Hope Community Services. Sandra Parker was also instrumental in the treatment of her mother who was 1 of 3 known cases diagnosed with Hemiballismus, a rare movement disorder, in the United States at the time. Sandra was determined to find a medication to minimize the controllable movement her mother suffered from every day for months. It was through her research on involuntary muscle movement disorders and medicinal approaches that led to the successful treatment her mother received.

The Oklahoma Medical Reserve Corps Stress Response Team (OKMRC SRT) is a group of dedicated professionals with backgrounds in disaster health and mental health care. Our members include psychologists, counselors, social workers, and nurses, among others. The OKMRC SRT is an independent unit of the Oklahoma Medical Reserve Corps and was activated in the spring of 2009. The Oklahoma Medical Reserve Corps Stress Response Team has been an officially recognized OKMRC Unit since May 2009. The aim of this unique unit is to provide needed mental health related response services in the event of state, local and national disasters or other catastrophic events. More specifically, Stress Response Team members fill one (or more) of five roles when providing disaster psychosocial assistance. These are: 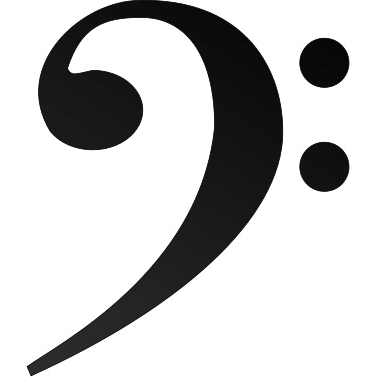